“an alto saxophonist of dry tone and daring temperament”

“The audience was rightly mesmerised by the carefully constructed chaos of the performance...art, and perhaps even history, were being made upon that stage.”

"He is a leader in every sense of the word."
Jazz Review

"O'Gallagher is a force to be reckoned with both as a performer and as a composer."
Blogcritics.org

" a player with crisp articulation and intriguing ideas"
JazzTimes

"John's music is a very hip classical music, in a way; since the bass and drums are playing more written functions. The whole conception of his composing is very special."
Lee Konitz 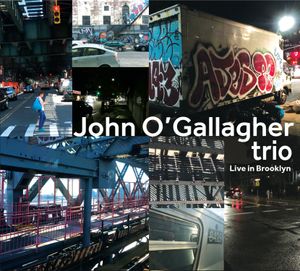 "Powerful jazz-making without a safety net."
★★★★ The Guardian

"​A​n album of predominantly spontaneous exploration and improvisation​... ​A wholly satisfying affai​​r​.​​"​
★★★★ All About Jazz

"The music intuitively blurs the boundaries between composition and improvisation and between freedom and structure... Absorbing and rewarding... A monster player... he’s certainly in fine form here and is well supported by an empathic and impressive rhythm team."
The Jazz Mann

"John O'Gallagher has a rather individual earmark to his playing​... ​Some of his finest work to date."
Cadence Magazine

“Live recording of a great concert... It’s as if you were there.”
Culture Jazz

"There is nothing quite like the environment of a live gig to bring out the best in the musicians and this set is no exception."
★★★★★ UK Vibe 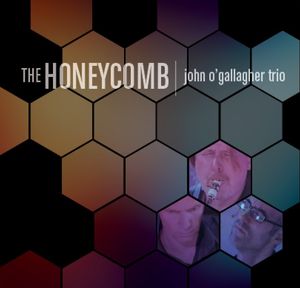 "... an artist thoroughly in tune with - and perhaps slightly ahead of - his musical times."
New York City Jazz Record

"Pushing the envelop as a trio without making it sound claustrophobic, the cats here have put in their 10,000 hours and are emerging as champs."
Midwest Record Review

"This is edgy music, played with a dangerous touch."
All About Jazz 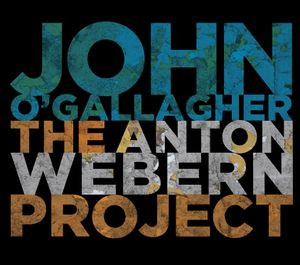 'Courageous stuff and easily the most innovative album of the year.'
Marc Myers - JazzWax

'...an expert jazz adventure conducted with uninhibited respect.'
★★★★ The Guardian

'This music is addictive and beautiful, played with dedication and passion: challenging and intriguing, taking the jazz tradition on a step further into Schoenberg's 'emancipation of dissonance'.'
London Jazz News

'A synthesis of modern New York improvisation and serial technique; a muti-layered, artful music that always swings despite all the complexity and grooves.”
5 Stars, Nordwestschweiz (Switzerland)

'O' Gallagher has long been associated with 12-tone music and takes the bull by the horns by adapting eight Webern pieces for his sextet plus voice. O'Gallagher is both mathematical and creative with his approach, staying close to Webern's melodic intention while trying to pull out the music's internal essence...The Anton Webern Project contains a wealth of riches that pays off with multiple listens.'
All About Jazz

'It's a thrilling ride...the chattering, very involving O’ Gallagher lead makes the music sufficiently distinctive, and on ‘The Secret Code’ he improvises superbly in one of his best solos of a fascinating and involving album.'
4 Stars, Marlbank

'the lunatic jazz disc of the year, by far'
The Buffalo News